We anticipate screening the following major releases at the Lyric beginning on the date shown. Films will have a purchase ticket button present when at least one day is open for ticket sales. Non-confirmed films are subject to change. This page is updated often. Films are typically confirmed by Tuesday for the following Friday and will be noted 'confirmed'. Be sure to check the Now Playing section of the website for a complete listing of show times underway. Also be sure to check upcoming Special Programming in the Menu as well. 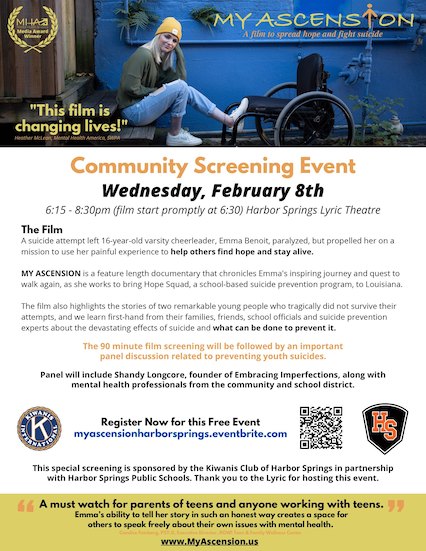 A suicide attempt left 16-year-old varsity cheerleader, Emma Benoit, paralyzed, but propelled her on a mission to use her painful experience to help others find hope, and shine more light on the fact that 20 young people die every day by suicide in the United States. My Ascension is a feature length documentary that chronicles Emma's inspiring journey and quest to walk again, as she works to bring Hope Squad, a school-based suicide prevention program, to Louisiana. The film also highlights the stories of two remarkable young people who tragically did not survive their attempts, and we learn first-hand from their families, friends, school officials and suicide prevention experts about the devastating effects of suicide and what can be done to prevent it.

The 90 minute film screening will be followed by an important panel discussion related to preventing youth suicides. Panel will include Shandy Longcore, founder of Embracing Imperfections, along with mental health professionals from the community and school district.Sponsored by Kiwanis Club of Harbor Springs & Harbor Springs Public Schools 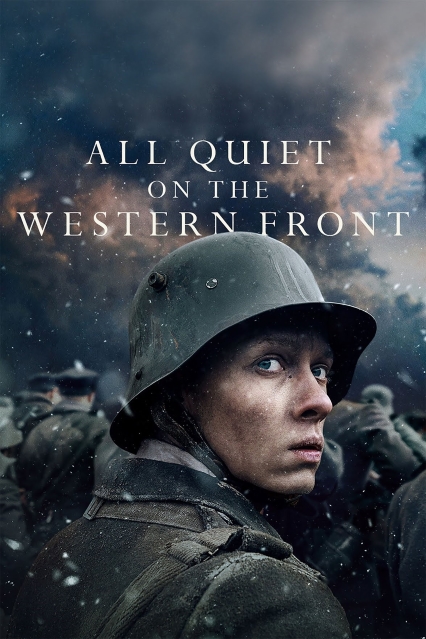 All Quiet on the Western Front

War breaks out in Germany in 1914. Paul Bäumer and his classmates quickly enlist in the army to serve their fatherland. No sooner are they drafted than the first images from the battlefield show them the reality of war. 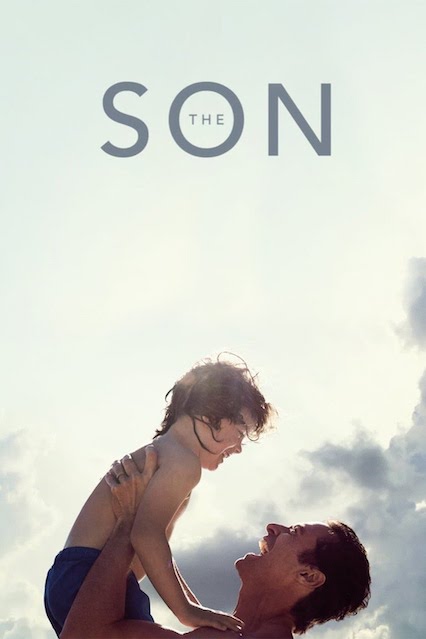 Peter's hectic life gets further upended when his ex-wife tells him their teenage son, Nicholas, is deeply troubled. He soon tries to take care of Nicholas the same way he would have wanted his own father to have taken care of him. 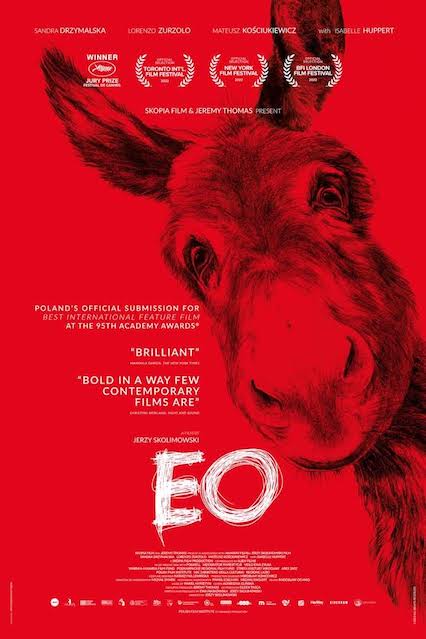 EO, a gray donkey with melancholy eyes, encounters good and bad on his journey through life, experiences joy and pain, and endures the Wheel of Fortune. 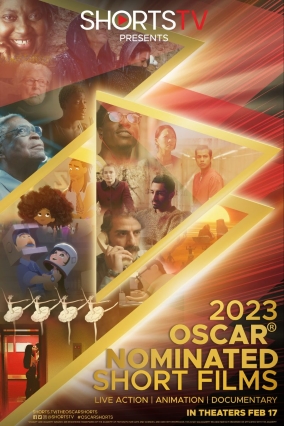 Since 2006, ShortsTV has proudly brought the Oscar® Nominated Short Films to audiences across the globe.

This special release features the year's most spectacular short films and is available to watch on the big screen for a limited time shortly after nominations are announced.

Each nominee is released in one of three distinct feature-length compilations according to their category of nomination: Live Action, Animation, or Documentary.

The theatrical release of the nominated short films is the world's largest commercial release of short films, delighting audiences and giving filmmakers an unprecedented opportunity to entertain short film fans.

In recent years, the Oscar® Nominated Short Films have been released in over 700 theaters across the US and Canada, garnering reviews in every major news outlet, from The Hollywood Reporter, Variety, and Deadline to The New York Times. The films have also been released annually in a growing number of theaters around the world, including the UK, France, Germany, Netherlands, Belgium, Spain, India, South Africa, Mexico, Chile, China, and Australia, among others, making it a truly international release. 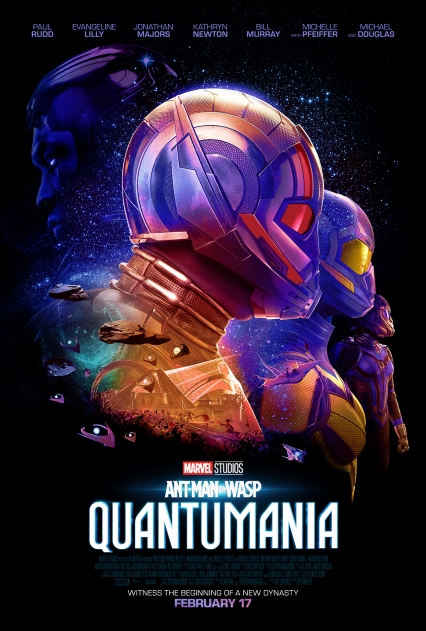 Ant-Man and the Wasp: Quantumania

Ant-Man and the Wasp find themselves exploring the Quantum Realm, interacting with strange new creatures and embarking on an adventure that pushes them beyond the limits of what they thought was possible. 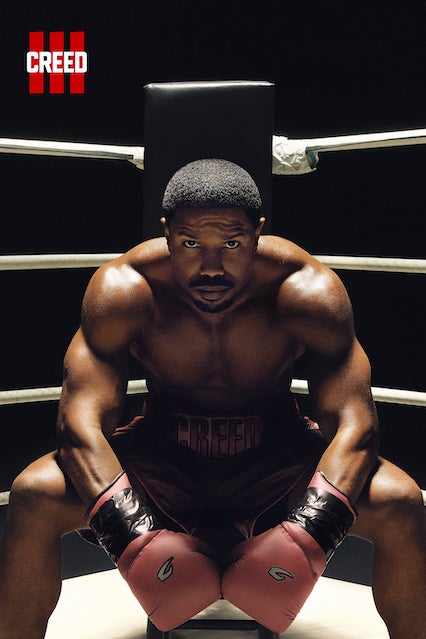 Still dominating the boxing world, Adonis Creed is thriving in his career and family life. When Damian, a childhood friend and former boxing prodigy resurfaces after serving time in prison, he's eager to prove that he deserves his shot in the ring. The face-off between former friends is more than just a fight. To settle the score, Adonis must put his future on the line to battle Damian -- a fighter who has nothing to lose. 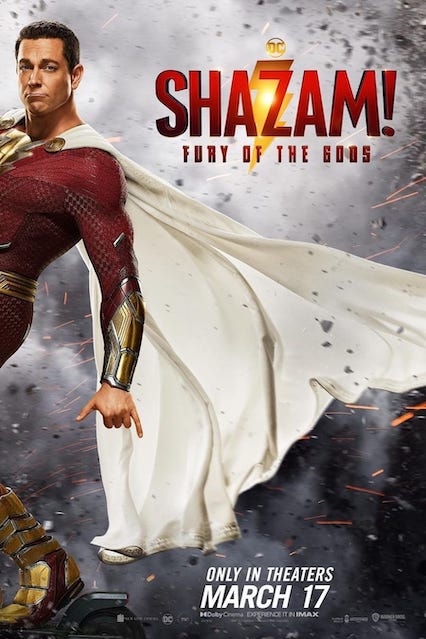 Shazam! Fury of the Gods

Shazam takes on the villainous Hespera and Kalypso, daughters of the Greek titan Atlas. 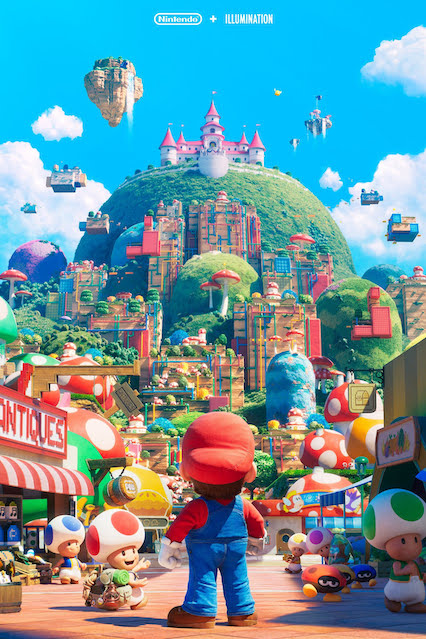 A plumber named Mario travels through an underground labyrinth with his brother, Luigi, trying to save a captured princess. 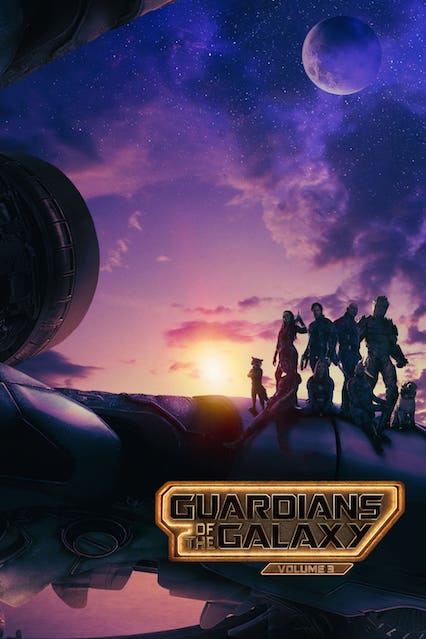 Guardians of the Galaxy Vol. 3

In Marvel Studios "Guardians of the Galaxy Vol. 3" our beloved band of misfits are looking a bit different these days. Peter Quill, still reeling from the loss of Gamora, must rally his team around him to defend the universe along with protecting one of their own. A mission that, if not completed successfully, could quite possibly lead to the end of the Guardians as we know them. 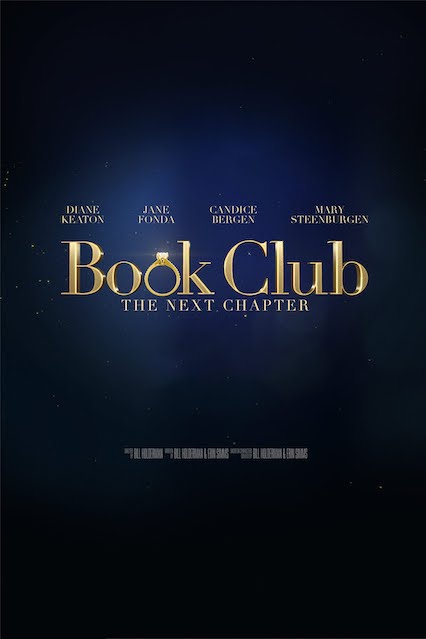 Book Club: The Next Chapter

Four best friends take their book club to Italy for the fun girls trip they never had. When things go off the rails and secrets are revealed, their relaxing vacation turns into a once-in-a-lifetime cross-country adventure. 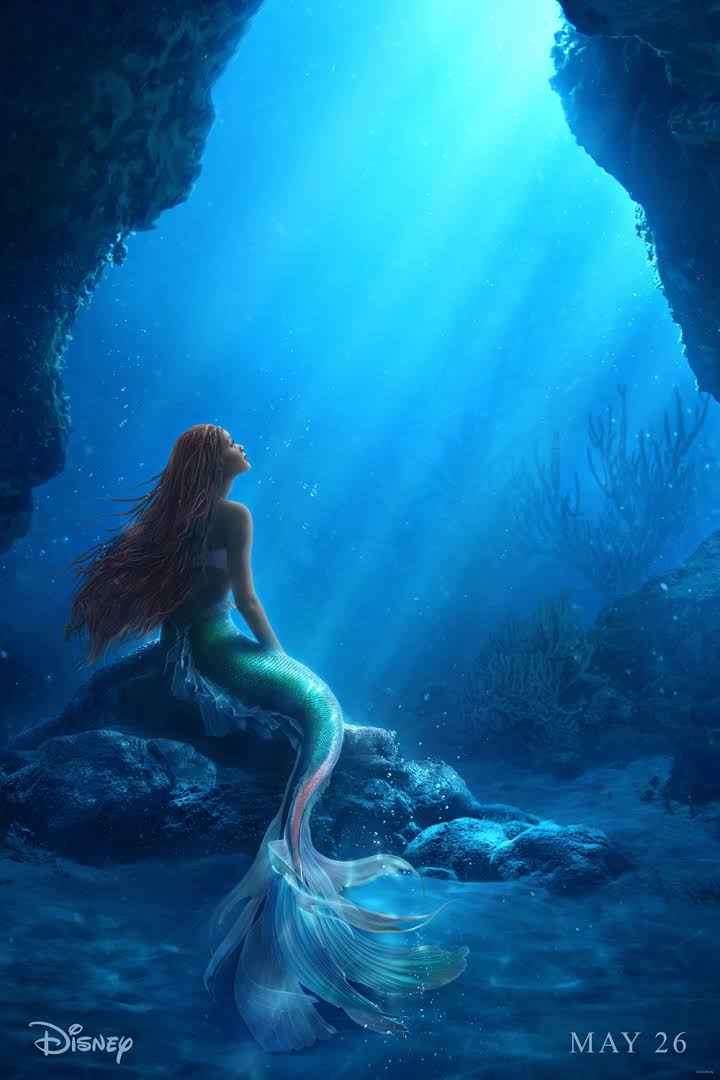 The youngest of King Triton's daughters, Ariel is a beautiful and spirited young mermaid with a thirst for adventure. Longing to find out more about the world beyond the sea, Ariel visits the surface and falls for the dashing Prince Eric. Following her heart, she makes a deal with the evil sea witch, Ursula, to experience life on land. 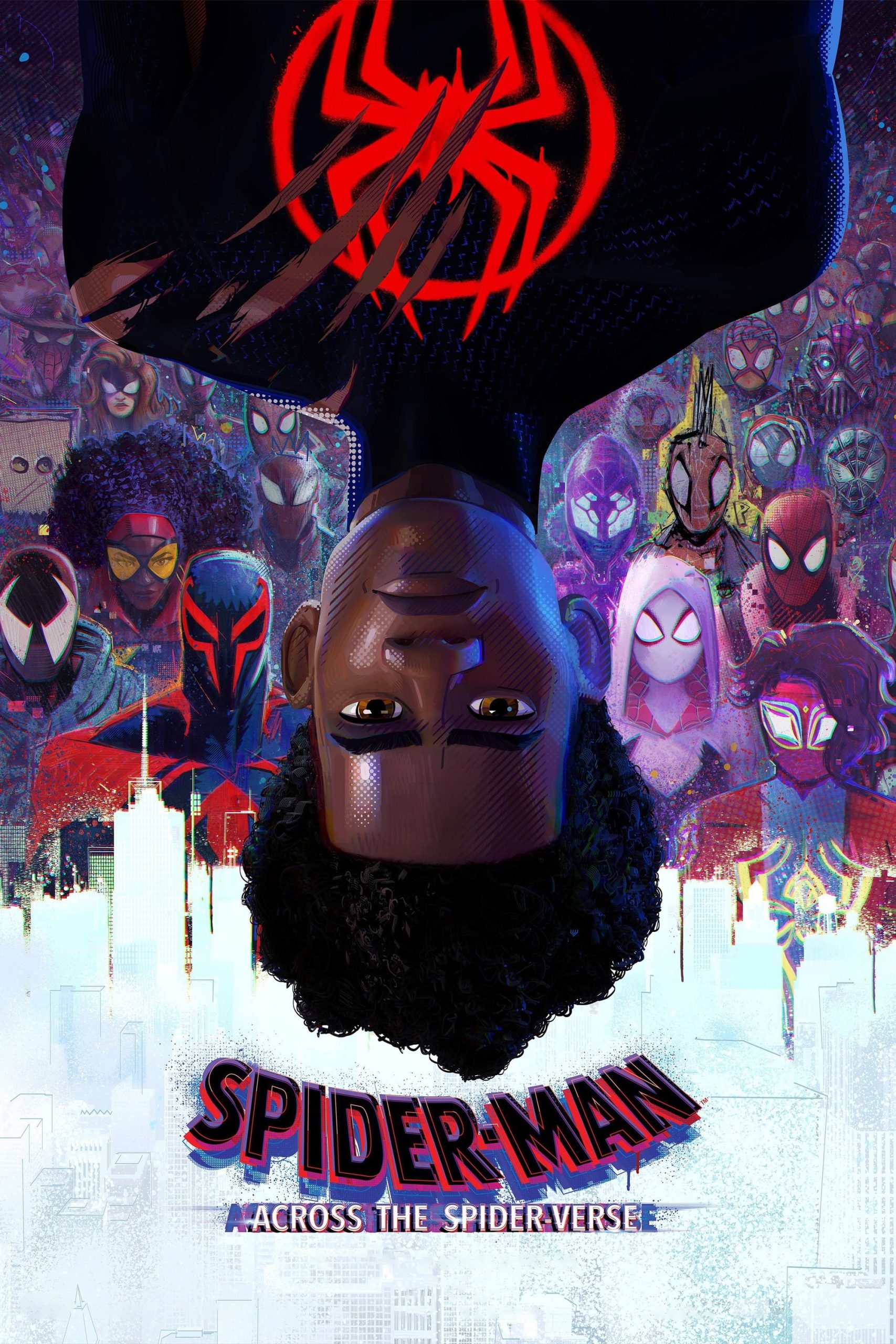 Spider-Man: Across the Spider-Verse

After reuniting with Gwen Stacy, Brooklyn's full-time, friendly neighborhood Spider-Man is catapulted across the Multiverse, where he encounters a team of Spider-People charged with protecting its very existence. However, when the heroes clash on how to handle a new threat, Miles finds himself pitted against the other Spiders. He must soon redefine what it means to be a hero so he can save the people he loves most.